In Irene González’s work is evidenced the black and white predominance; such as the evident influence of the old photography and, mainly, anonymous.

The starting point of this artist’s work process is a large archive of images that grows every day; a sort of obsession that originates an organic catalog always expanding to new, old and known images that point out the way how the artist learns the world. It is precisely after she rethinks these images, that she starts to create her drawings, her universe. The final result of this process brings an oddness that drives us to spaces that become familiar and unsettling. It is not by chance that, in her firsts works, we already have to seek for her visual references on the studied and reproduced images by physiognomists of the XIX century, like Duchenne deBoulogne (and others); also some references from the world of visual art, taking the path of Georges Seurat or even Edward Hopper’s drawing works.

Through her images referring the memory, she creates a whole universe that can be classified as “new realism”, marked by the scars that are born by the addition of moments, encounters and memories of others. There is a stylistic rip that is highlighted in all her series: the silence. The images communicate a kind of quietness, an internal calm chaos, in which the existence seems to be suspended, waiting.

In June we had the privilege, at Viarco, to welcome the artist Irene González for an artistic residence promoted in collaboration with Drawing Room Lisboa.

Housed at Oliva Creative Factory, to whom we thank the support, the artist had the opportunity to work at Viarco atelier, where she experienced techniques and materials with total freedom of choice and action. From this visit remains our recognition for her talent, for her capabilities of materializing mysterious images that leave us intrigued, for her calm personality that contrasts very much with what, sometimes, we expect from an artist. 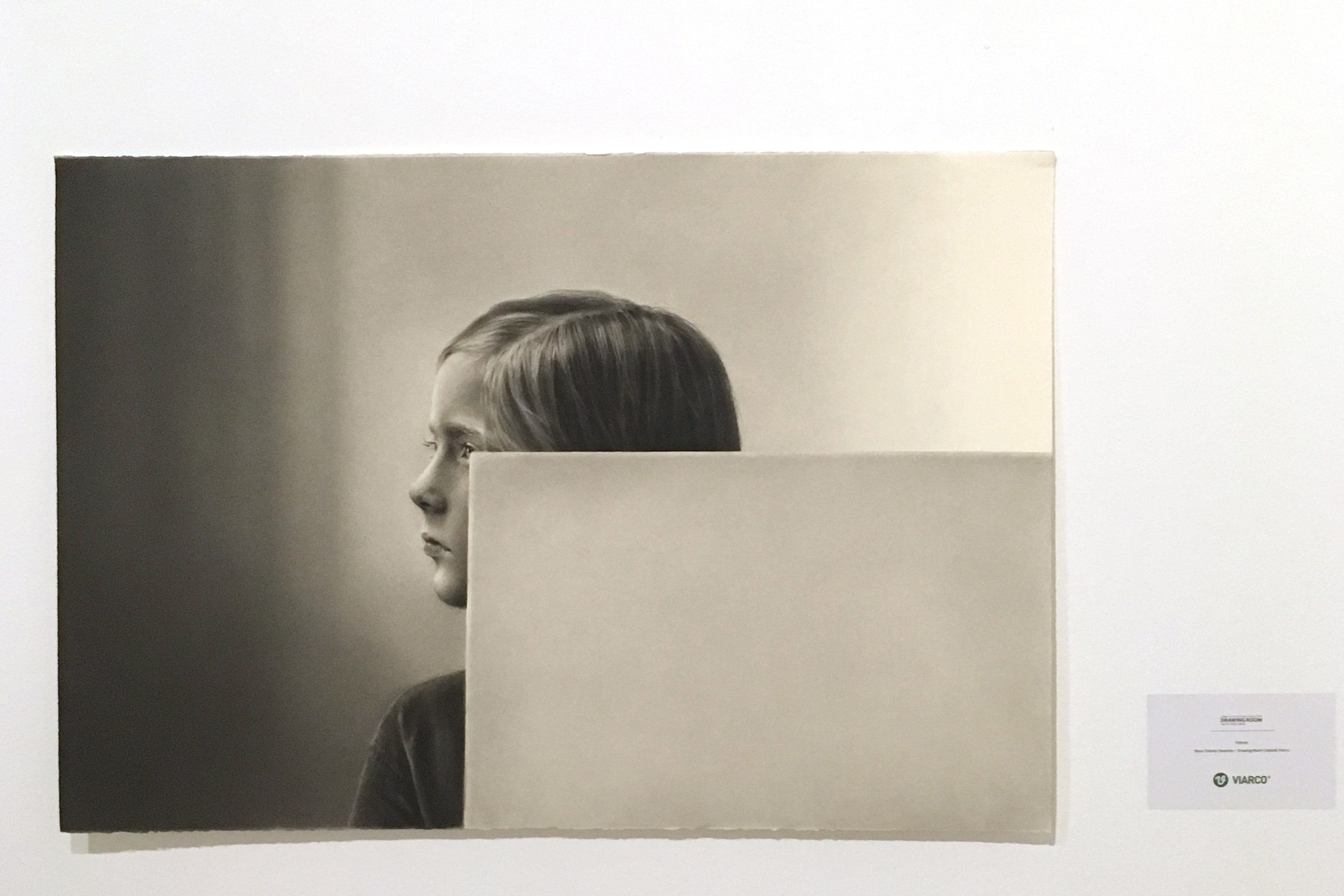