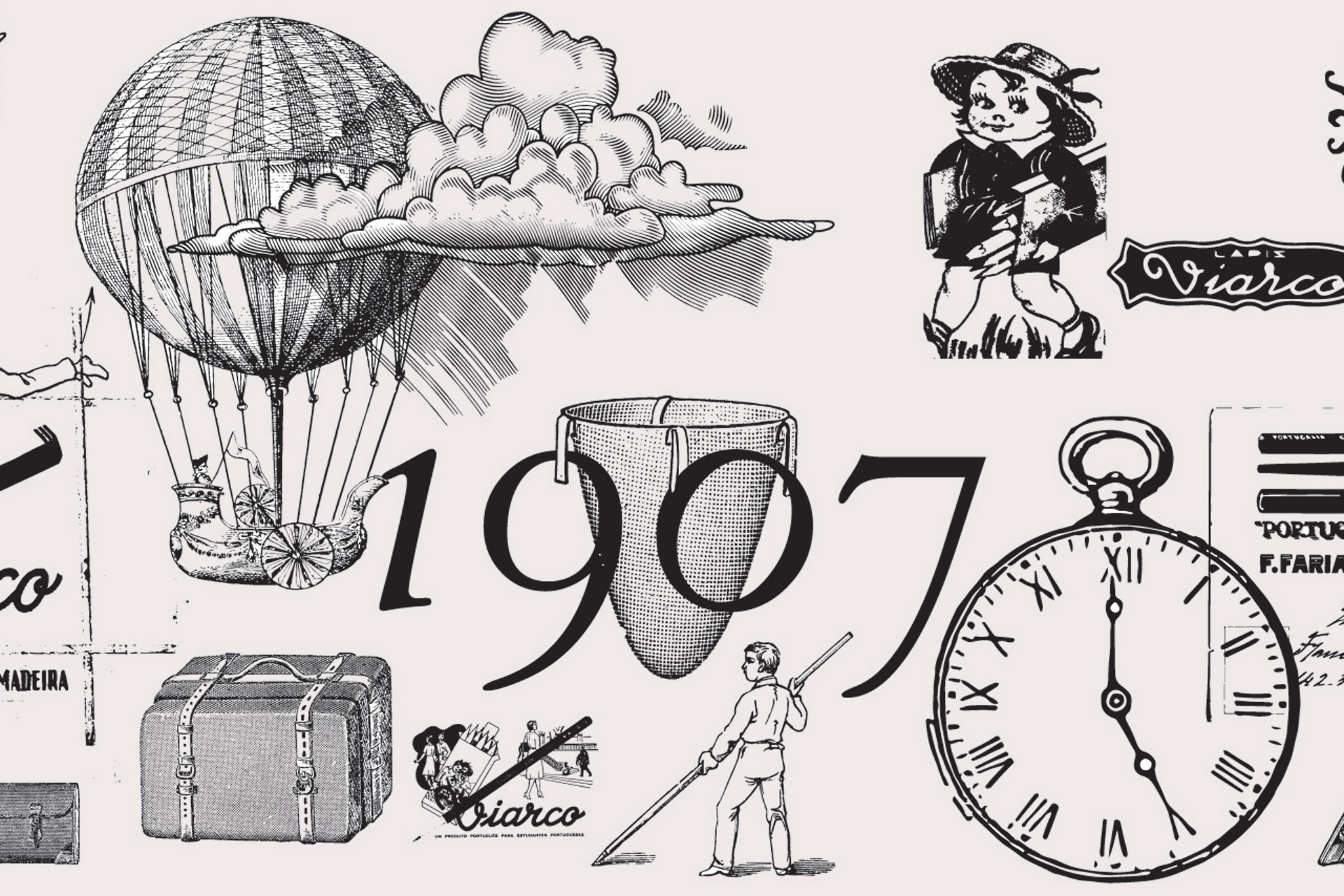 THE ORIGIN OF PENCIL IN PORTUGAL

The origin of the pencil manufacture in Portugal dates back to 1907 when Conselheiro Figueiredo Faria decided, with his partner, the French Engineer Jules Cacheux, to build an industrial unit for the manufacture of pencils in Vila do Conde called “Faria, Cacheux & Cª” also known as Portugália.

Although Portugália was successful and a pioneer in the development and production of writing articles in the country, it is thought that its activity had been seriously affected by Portugal’s entry into World War I and mostly by the Great Depression of 1929/31.

The turning point was in 1931, when Manoel Vieira Araújo, an experienced industrial hatter and leading figure in S. João da Madeira, decides to diversify the activity fields of Vieira Araújo & Cª, Lda, and acquires the Portuguese Pencil Factory.

In 1936, the brand that would go along with generations of Portuguese until the present day – Viarco – is registered.

Despite its size, the Vieira Araújo group was a family business, so one of the sons, António Vieira Araújo, was assigned to take on the responsibilities of reactivating and revitalizing the new sector of the group.

The first years of work were focused in the research and development of forms, equipment, production methods that allowed to further improve product quality as well as to diversify the offerings.

In 1941, when the market was already mature and all the necessary information for its proper functioning was guaranteed, the company relocated from Vila do Conde to the current facilities in S. João da Madeira, taking with it all the equipment and many employees who decided to start a new life along with the factory.

The following years were marked by successive technological developments that led to the beginning of the production of crayons and a wide range of technical pencils used in the most diverse occupations.

Viarco remains the only Pencil Factory in Portugal and probably one of the most versatile at a global level.